How to move a Hospital part 3

In the story we're creating about the move of the hospital between Sciennes and Little France (more here), we've got the old and ailing sandstone building as far as Cameron Toll. All the shops at the Mall try to give her a hand on her way towards the new site. Children in the hospital created some shops and told us how they and their contents could help. Cate put them together in a lovely picture and I wrote a poem with the children's ideas. Here they are: 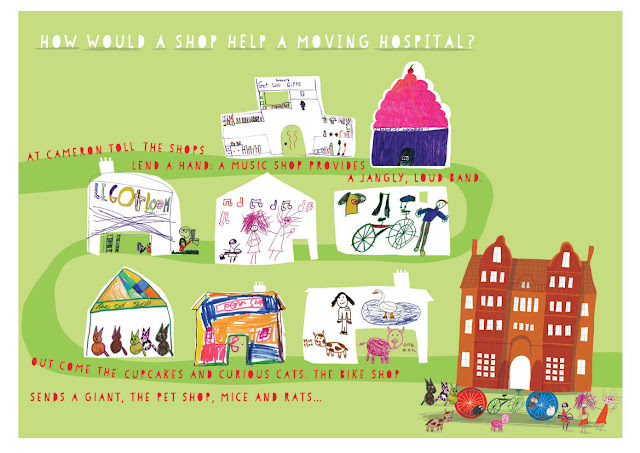 At Cameron Toll
the shops lend a hand:
a music shop provides
a jangly, loud band
to lead the Hospital parade
in a long caterpillar
with a precisely-penned map
towards Craigmillar.
The hospital gets repaired
with lego and loom-bands
the get well gift shop gives her
flowers and perfumed bags.
Out come the cupcakes
and curious cats
the bike shop sends a Giant
the pet shop, mice and rats
who with high-speed hamsters
on their exercise wheels
burrow under the hospital
and begin to spin a reel.
Powered by panting rodents
the hospital and patrol
pull away from the shopping centre
now known as Cameron Roll.

If you're in the hospital you can now see all three parts of the journey so far on the wall between the main entrance and Ward Four. Here's Cate having a look at them. 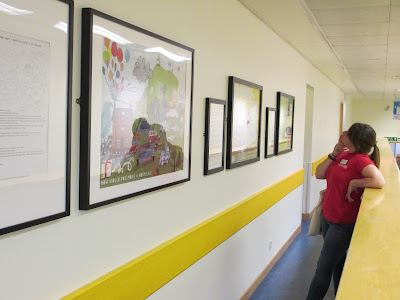 Our next stop on the journey to Little France is Craigmillar Castle from where the new hospital site can be seen. And building has already started! 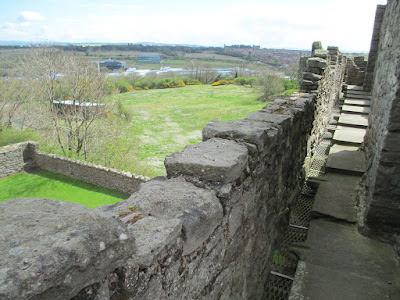 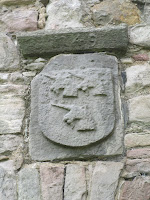 We'll be going to the Castle next week with some families from the hospital to Imagine how an ancient castle might advise a hospital who is about to transform into something very new. But we've already had a few ideas from seven-year-old Eva in Ward 3. We told her about all the unicorns on the crests in the castle, and then we showed her our own unicorn above the Hospital main entrance. She did us a lovely drawing of both and then got them talking to each other. 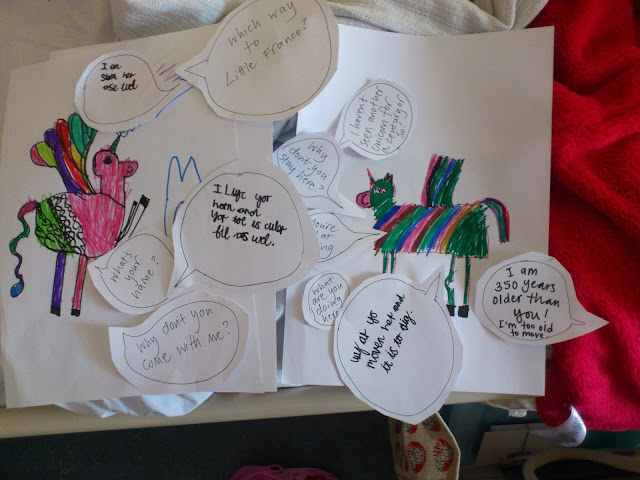 Posted by Linda Cracknell at 8:44 AM