How to Move a Hospital

Cate and I asked patients, staff, parents, volunteers, to suggest how the old and ailing hospital might make its restorative move across town to Little France as it’s destined to do in 2017. We’re developing the ‘things’ of the hospital into a cast of characters (see here) and some of them will certainly be involved.


Needless to say we’ve been delighted with the creative ideas offered. Several people saw the opportunity of so many bits of hospital equipment being on wheels. So we had this suggestion from 13 year old Mami:

And 12 year old Hannah’s combination of a ‘ginormous skateboard’ with the pushing power of all the children from ! 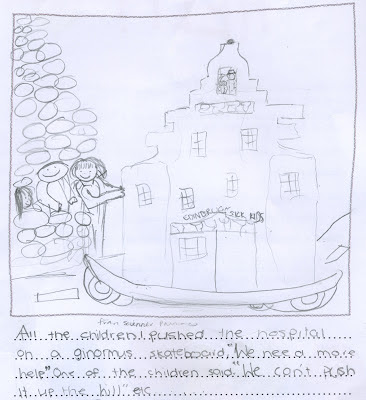 Megan and a group of parents and volunteers at one of our workshops imagined a great cavalcade across the south of Edinburgh of all the wheelchairs, wheeled things of the hospital, and even the idea that the hospital might be dismantled and carried brick by brick to be rebuilt into a lovely new establishment at the other end. 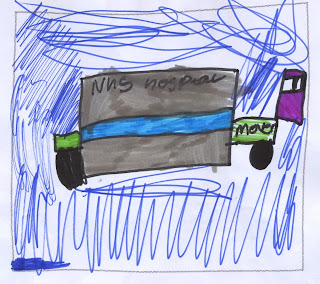 While 12 year old Emma had PJ Bear driving a limo with all the other characters on board. Unfortunately it seems PJ’s sense of direction isn’t too good… 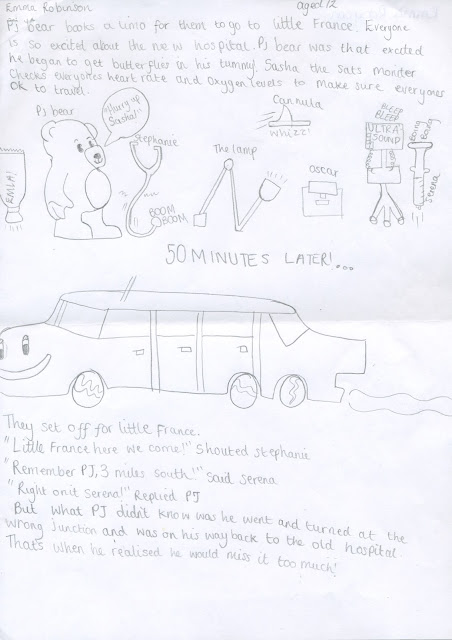 And Ava, daughter of a Friends Foundation staff member transported the hospital on a huge bed! 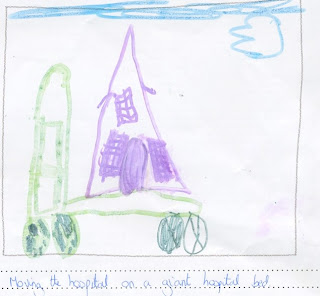 The important role played by seagulls and pigeons in Mami’s suggestion was backed up by another idea from Danellia involving butterflies ... 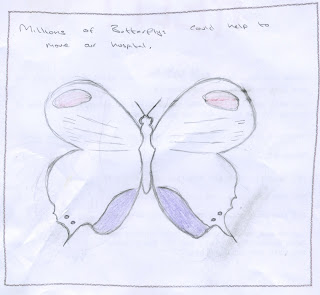 ...and even the penguins arriving across town from Edinburgh Zoo to help from eight year old Charlieanne!


Other assistance came from hospital equipment – 14 year old Anna suggested that the bandages would volunteer to help:
“We’ll wrap the Hospital up tight so she doesn’t feel the bumps on the flight to Little France”.


Sam decided a catapult would send the building flying for three miles: 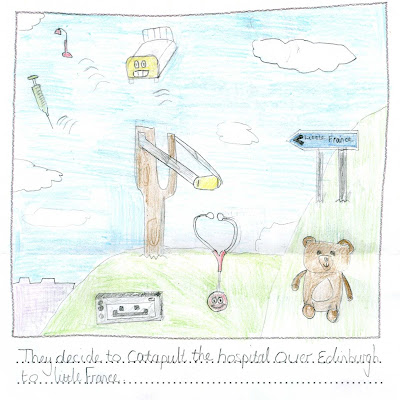 And one of the Play Service staff suggested that a child suffering from asthma might get well enough, after practice, to blow the hospital all the way to Little France!


Some of the ideas took quite a magical turn. Rowan, a patient, saw these creatures lending a wing: 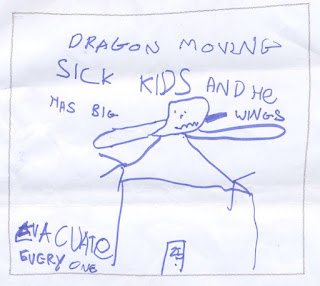 Ten year old Noah invented a time machine which could transport the Hospital across space in only two seconds ... 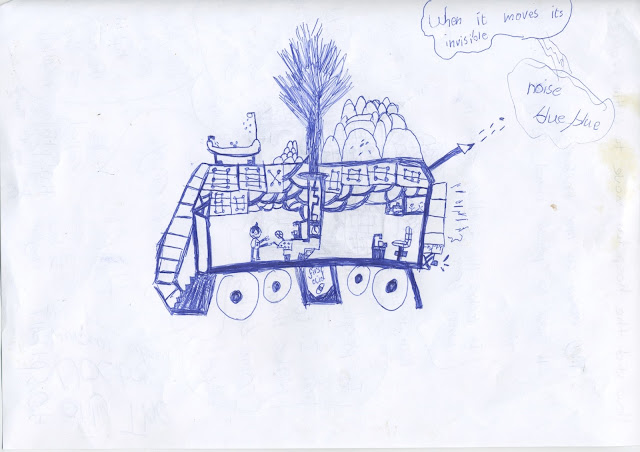 ...while his mum saw a role for the strange duct that worms through the building and might also provide an opportunity for travel!


Another parent foresaw a torrential downpour creating a huge wave that the hospital would surf across town on with all the characters on board, transforming at the far end and making Stephanie the Stethoscope remark:
“Look at the Hospital – it’s so shiny, so new.’


A nurse made the lovely suggestion of a flock of angels lifting and flying with the hospital while Summer, a patient, had this idea: 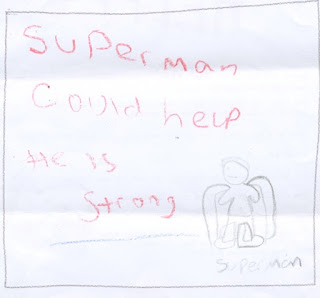 But of course as a member of Friends Foundation staff pointed out, with the great moment of the hospital’s move and all the commotion going on, the volcano at Arthur’s Seat is bound to awake.  Perhaps its sleeping lion shape will take us by surprise with a roar, or volcanic lava will help move the hospital?
Posted by Linda Cracknell at 2:05 AM