How to Move a Hospital part 3

Plans are now getting underway for the building of the new Sick Kids Hospital at Little France, starting this Autumn. You can watch a 'fly through' here of what it will be like. Meanwhile, a Primary 4 class at Preston Street School have contributed some ideas about the old hospital, who is feeling a bit worse for wear, and her journey to the south of the City. 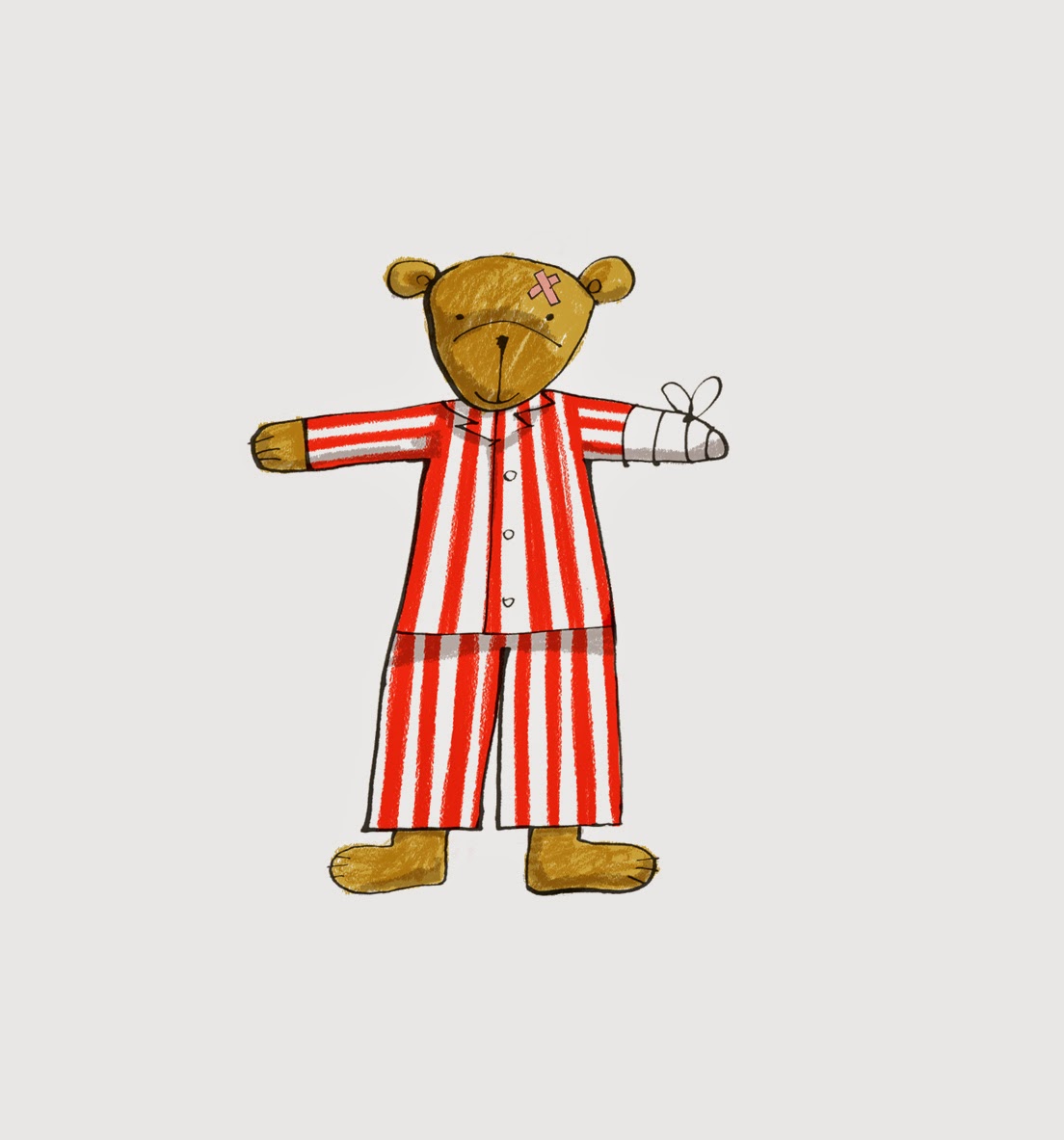 PJ Bear knew he had to do something. He stood in the car park and faced the poorly Hospital.
‘You’ve already been here for one hundred and eighteen years. Maybe you need a change,’ said PJ Bear. ‘I’ve heard about a place called Little France. We could all go there. You’ll get better.’
‘?’ the Hospital muttered. ‘Is it over the sea?’
'Let’s ask someone,’ said PJ Bear. He wandered off and found a traffic warden.
‘Little is only three miles that way’, she said, pointing.
The Meadows stretched out their green lawns and sighed. ‘We’re going to miss you,’ they said.
All the windows of next door steamed up with tears.
The Hospital looked towards Little France. And then she began to move. 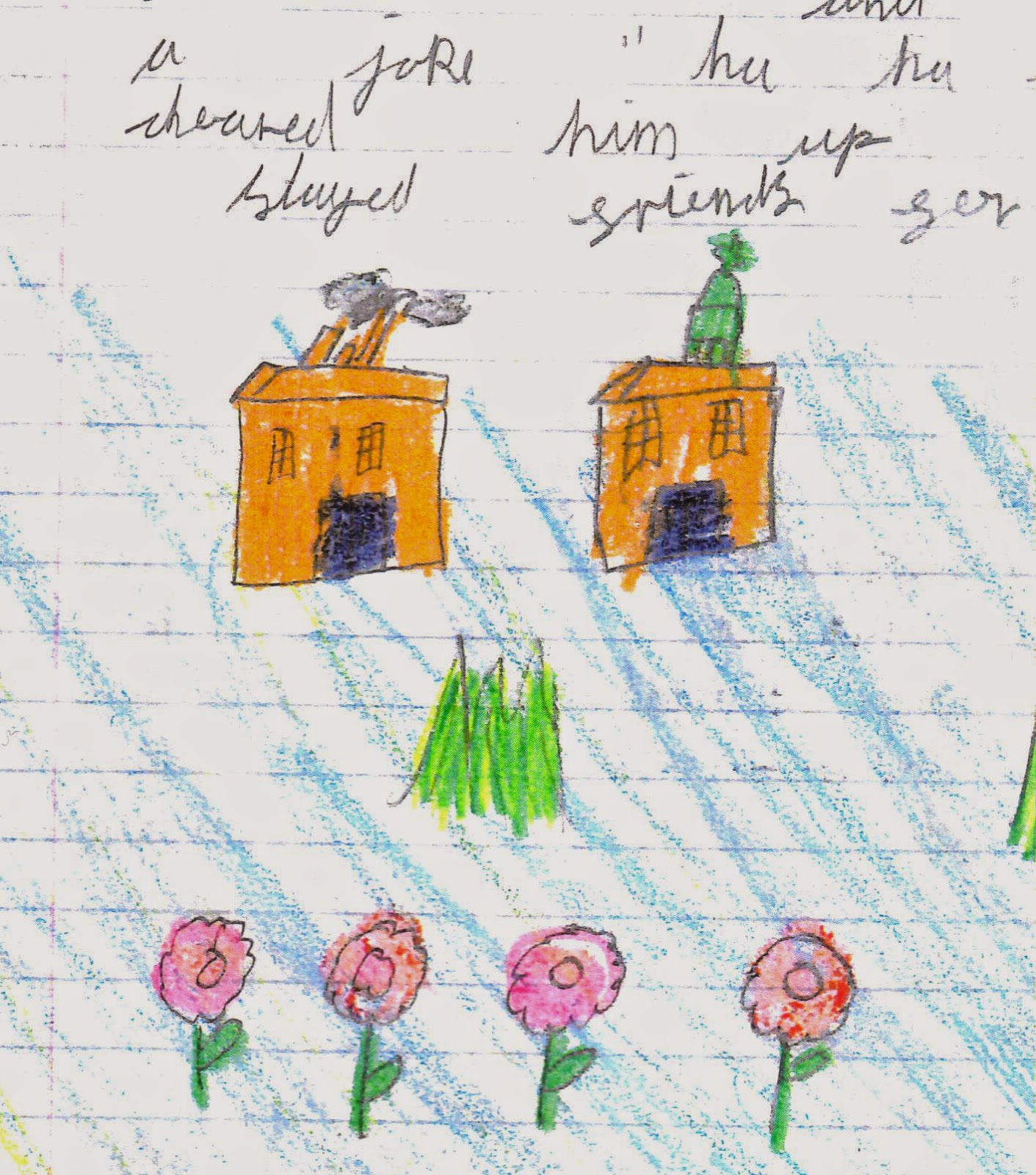 Realising that the Hospital would have to come right past their School, the children also told us how the school might help out. Here they are, side by side, the school on the right with its lovely tower. 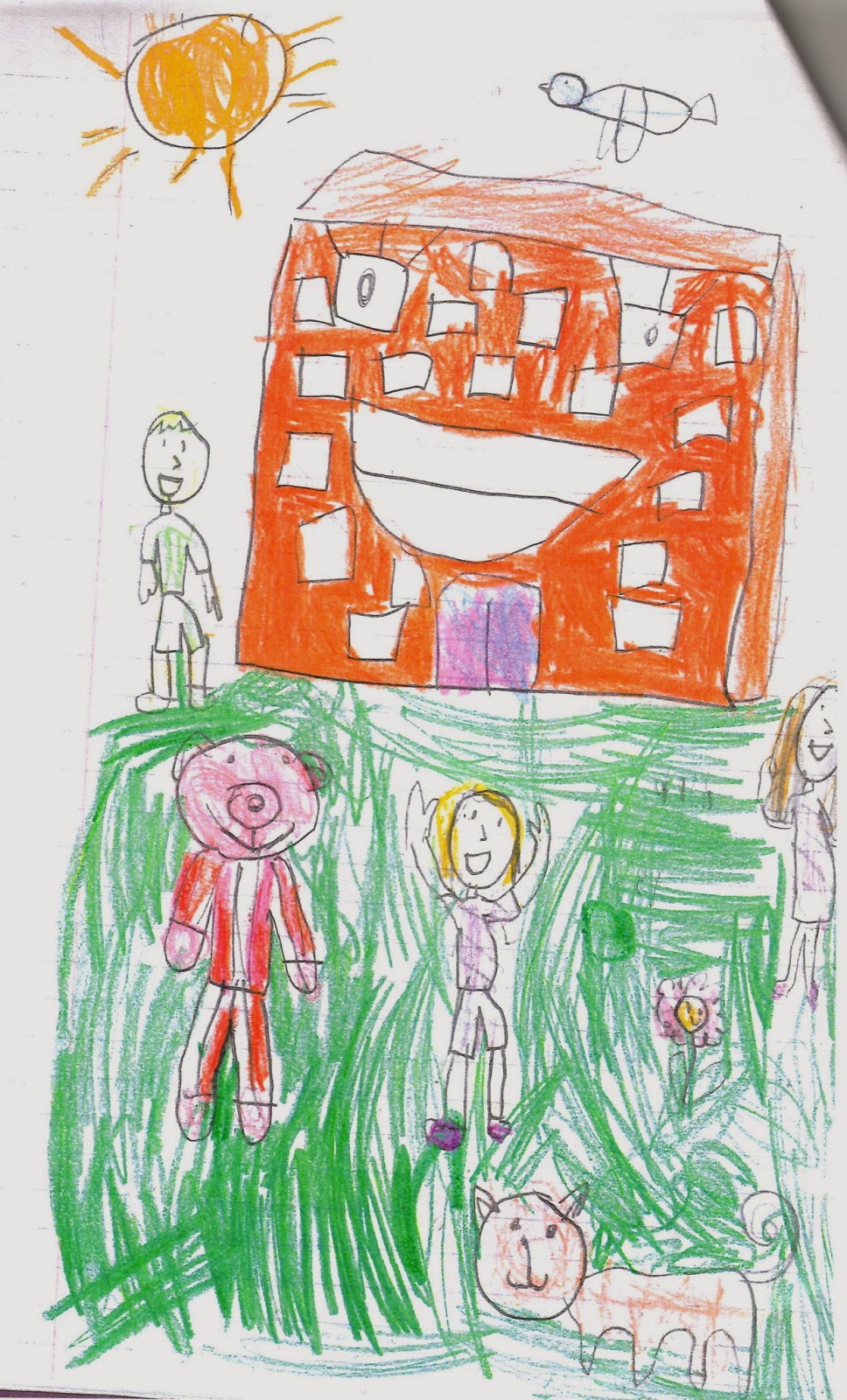 By the time she arrives at Little France, the Hospital's feeling an awful lot better, and everyone, including PJ Bear, seems to be happy!
Posted by Linda Cracknell at 5:42 AM