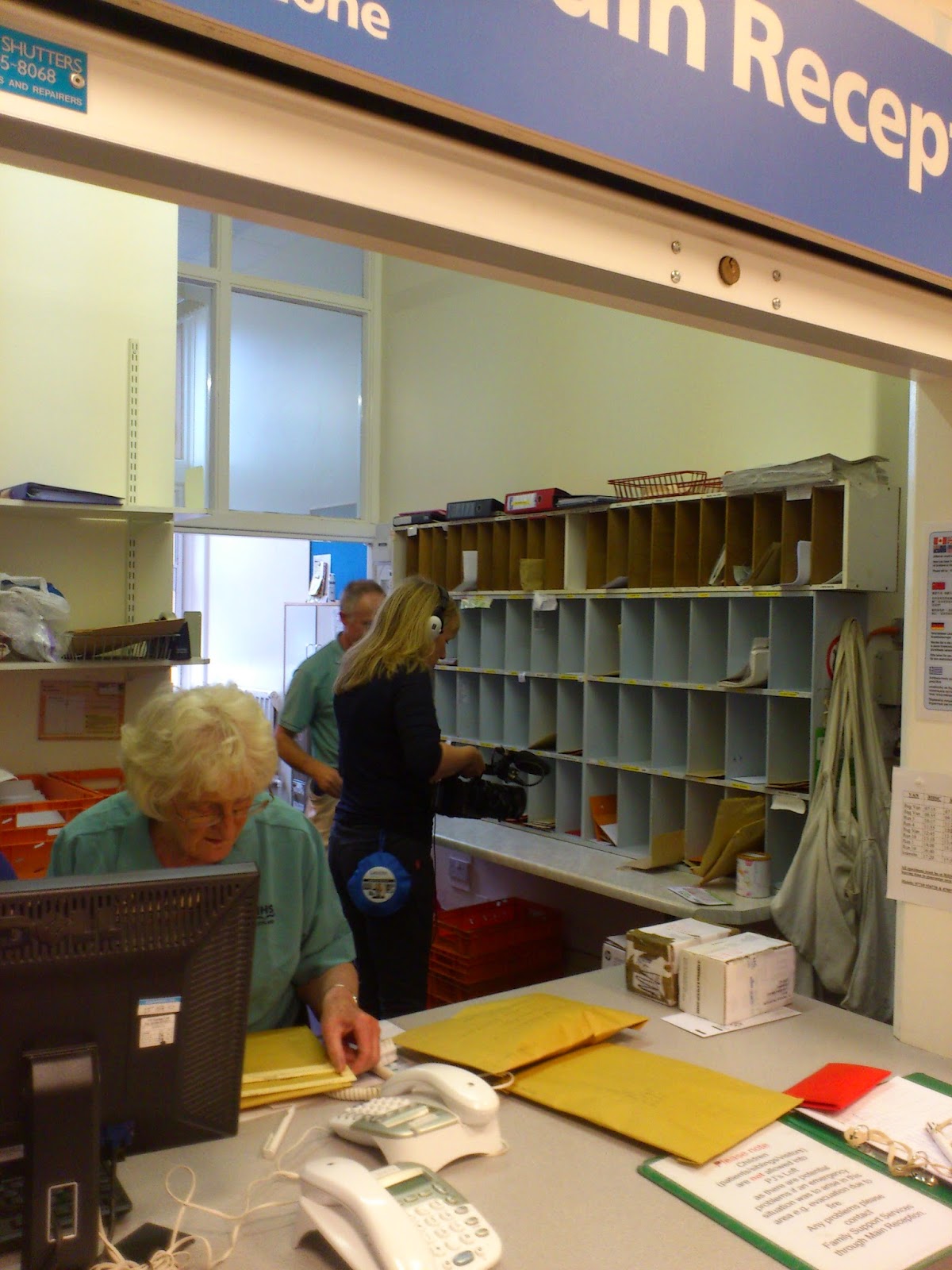 A familiar sight as you come into the Hospital is mail being sorted behind the reception desk. The porter, John, then circulates the Hospital at high speed (he gets fit by hill-walking and marathon-running too!), delivering and collecting mail as he goes. His job, perhaps more than anyone else's demands a thorough knowledge of the maze-like site, its linking passages and quirky corners. Having shadowed him on his rounds, I wrote a poem about his journey, using the rhythms of WH Auden's 'Night Mail'. 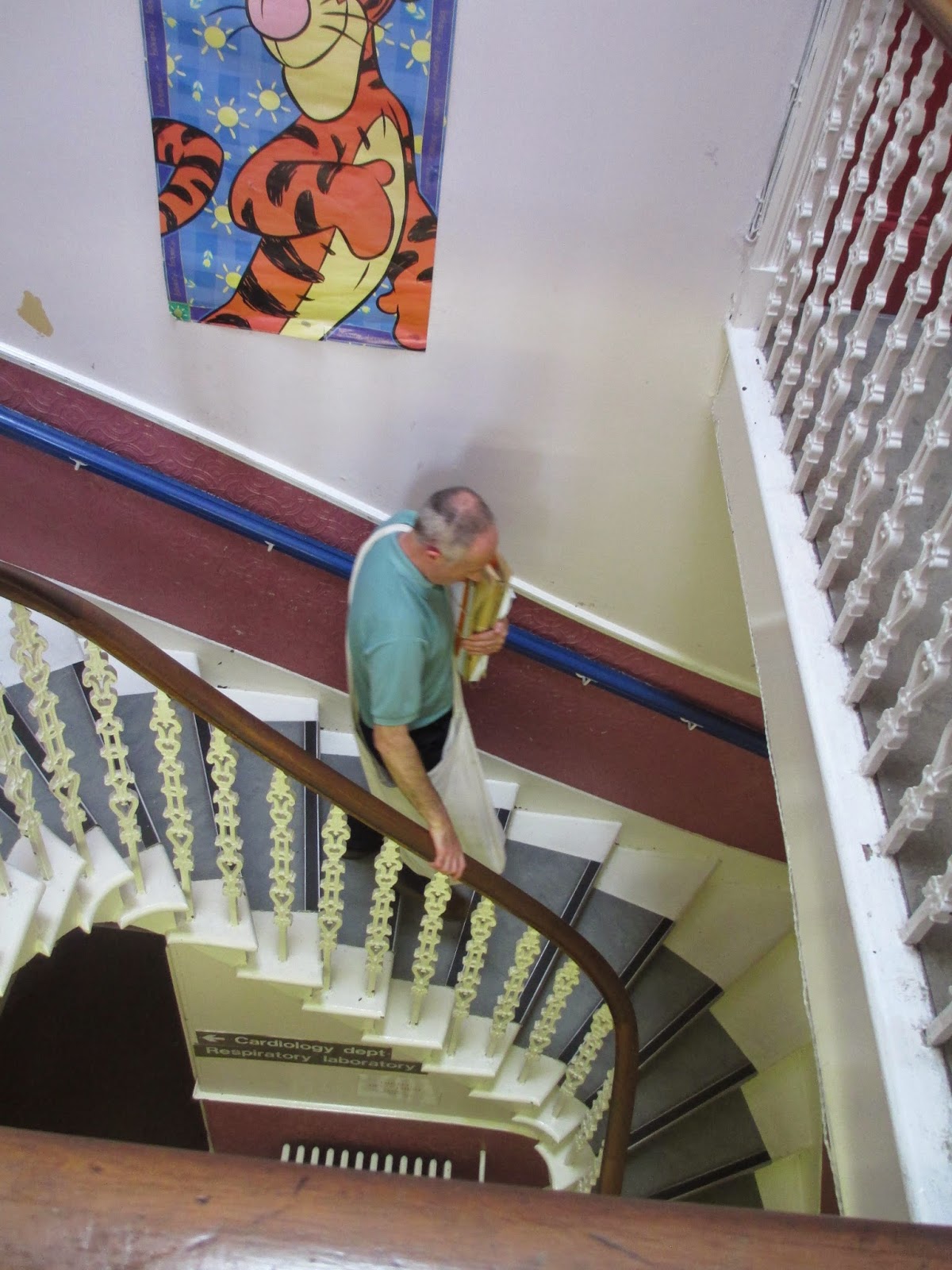 Instead of starting with:
This is the Night Mail crossing the border,
Bringing the cheque and the postal order,
Letters for the rich, letters for the poor,
The shop at the corner and the girl next door.
my poem begins:
This is the mail carried by the porter


Auden's poem was written for the film ‘Night Mail’ (1936), and so we decided we should make one ourselves! The purpose is to help create a celebration of the current Hospital site in a creative way, capturing something of the character just before it moves to a contemporary purpose-built site in 2017. 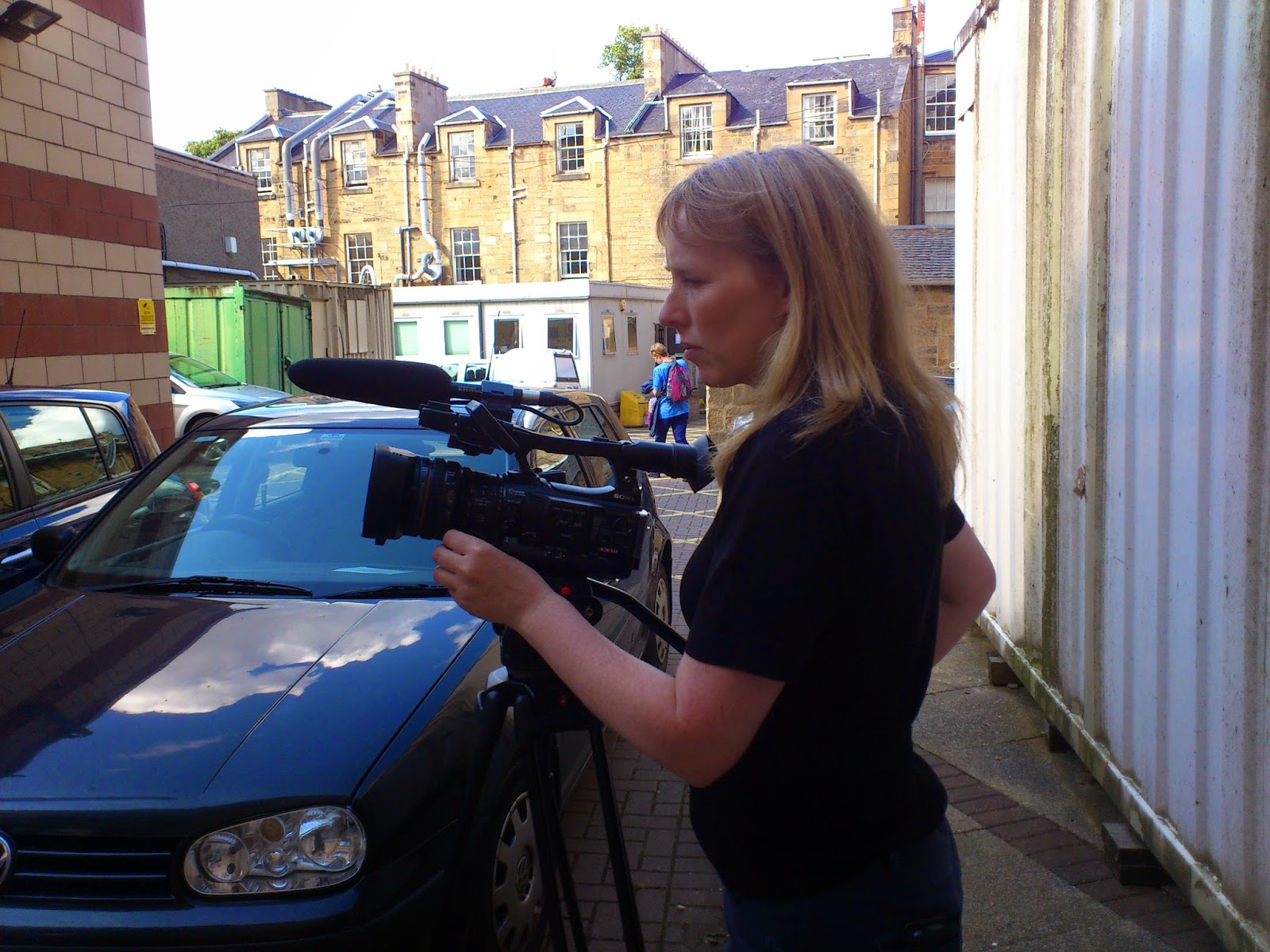 Earlier this month, film-maker Sandie Jamieson began filming and taking audio recordings. We're very excited that as she starts to put the footage together, we have Derek Williams to compose and record a score for it and a wonderful reader for the poem with a highly distinctive Edinburgh voice!

See more here
Posted by Linda Cracknell at 7:11 AM